Headed by Dr Rachael Walker, the knowledgeable flow cytometry team have a combined cytometry experience of over 30 years and extensive knowledge in a variety of flow cytometry applications. Within the facility there are both self-use analysers (after training) and cell sorters that are run as a service. Expert advice is available on experimental design, training on machine, post-acquisition analysis of data, help with interpreting the data and producing figures for publication.

Flow Cytometry is a specialist technique that allows quantitative information about cells to be measured. The technique measures each individual cell by passing it through a light source, usually a laser beam. Cells (and parts of cells) can be labelled with fluorochromes, which will fluoresce after excitation by the laser light and this fluorescence can be detected. It is also possible to measure physical properties of the particles such as light scattering.

Equipment in the Facility 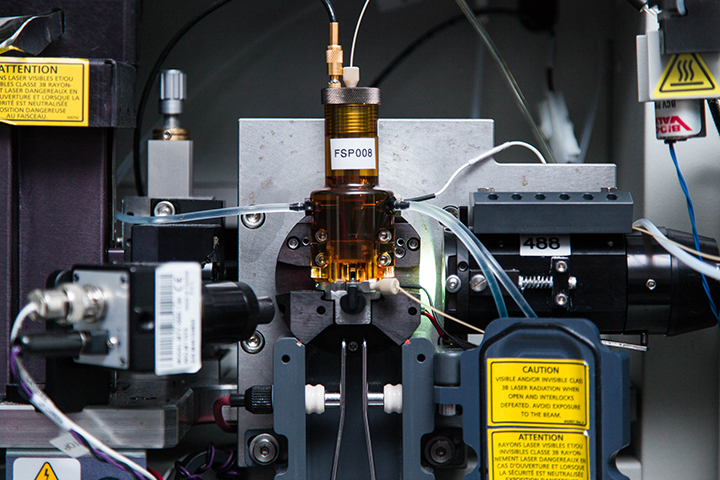 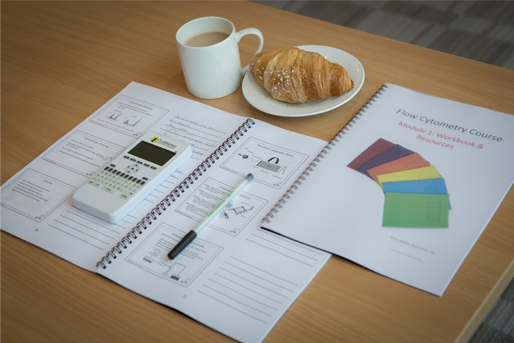 There have been flow cytometers on site since the 1980s. The addition of a FACS420 machine in 1982 allowed separation of cell populations using 3 parameters only (forward scatter and 2 fluorescence channels).

The core facility for the Institute was established in 1998 and since then has gone from strength to strength. The core facility moved in April 2014 to brand new bespoke laboratories within Building 580.  This has allowed for a separate analysis and sorting laboratories to be established. The design of the rooms will allow for expansion in the future.

A summary of the flow Cytometry Core Facility can be downloaded in this flyer.