Researchers from the Reik lab have today published their latest work describing a new subset of human embryonic stem cells that closely resemble the cells present at the genomic ‘wake up call’ of the 8-cell embryo stage in humans. This new stem cell model will allow researchers to map out the key genomic changes during early development, and  help move towards a better understanding of the implications of genome activation errors in developmental disorders and embryo loss.

In all mammals, the early embryo undergoes a number of molecular events just after fertilisation that set the stage for the rest of development. During this key ‘wake up call’ the genome of the embryo takes over control of the cell’s activities from the maternal genome. In humans, this happens at the 8-cell stage and is called zygotic genome activation (ZGA).

Before the findings of this study, investigating the details of human ZGA could only be done in human embryos; existing human stem cell models represented the embryo only at later stages of the developmental process. In the UK, experiments using embryos are permitted but highly regulated, meaning that research into early development relied in part on alternative, non-human models.

In 2012, cells representing the genome activation stage of development were found in mouse embryonic stem cells (ESCs), allowing researchers to learn more about mammalian ZGA. Almost a decade later, the Reik lab have found a human equivalent. The Reik lab’s discovery opens up a way to advance our knowledge of the earliest events during preimplantation development. 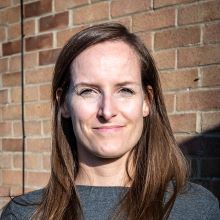 Dr Jasmin Taubenschmid-Stowers, Research Fellow in the Reik lab and lead author, commented: “Studying mouse embryonic stem cells has allowed researchers to learn about the general process of genome activation, but we could learn even more about this important step in human development thanks to our discovery of a human stem cell counterpart.”

In order to function, cells take copies of the genome in the form of an RNA code which is translated into proteins. The RNA code output is called the transcriptome and it can be used to identify different populations of cells. In this study, researchers used existing human data sets and information from mouse ESC studies to identify characteristic transcriptome marks that could be linked to genome activation. Using single cell techniques, they started the search for similar cells in their population of human ESCs.

The team found a subset of human ESCs with the right transcriptome marks to be a potential match for the 8-cell stage, when the major wave of genome activation occurs. They called these cells ‘8-cell like cells’ or 8CLCs and used the published human data to further validate and confirm that these cells shared the same molecular outputs indicative of genome activation and could be pursued as a reliable model for future studies.

To further explore the extent of the similarities between their 8CLCs and 8-cell stage in human embryos, the team worked with Professor Jennifer Nichols from the Wellcome - MRC Cambridge Stem Cell Institute. Together they were able to select and search for proteins present in both sets of cells that were indicative of ZGA. Their results showed that the ZGA-associated proteins of 8CLCs closely matched those seen in human 8-cell embryos.

As Jasmin explains: “The collaboration with Dr Nichols and her team was vital as we could identify selected proteins and really look at those in real, fixed human 8-cell stage embryo cells compared to our new stem cell counterparts. This work confirmed that our 8C-like cells matched at the protein level too, in additional to the transcriptomics data, providing validation that the 8-cell like cells matched embryo cells across multiple molecular layers.”

“Our focus is now to characterise these cells and understand their unique properties so that we can use 8-cell like cells as a tool to ask questions about the molecular changes that may cause developmental issues at this early stage.” said Professor Reik, Babraham Institute group leader.

Research funding
Jasmin Taubenschmid-Stowers’ work is supported by a European Molecular Biology Organisation (EMBO) Fellowship. The Reik lab is supported by grants from the UK Biotechnology and Biological Sciences Research Council (including strategic funding to the Epigenetics research programme), the UK Medical Research Council, the Wellcome Trust (including the Human Developmental Biology Initiative), and the ERC.

About the Babraham Institute

The Babraham Institute undertakes world-class life sciences research to generate new knowledge of biological mechanisms underpinning ageing, development and the maintenance of health. Our research focuses on cellular signalling, gene regulation and the impact of epigenetic regulation at different stages of life. By determining how the body reacts to dietary and environmental stimuli and manages microbial and viral interactions, we aim to improve wellbeing and support healthier ageing. The Institute is strategically funded by the Biotechnology and Biological Sciences Research Council (BBSRC), part of UK Research and Innovation, through Institute Strategic Programme Grants and an Institute Core Capability Grant and also receives funding from other UK research councils, charitable foundations, the EU and medical charities.

The Biotechnology and Biological Sciences Research Council (BBSRC) is part of UK Research and Innovation, a non-departmental public body funded by a grant-in-aid from the UK government.

BBSRC invests in world-class bioscience research and training on behalf of the UK public. Our aim is to further scientific knowledge, to promote economic growth, wealth and job creation and to improve quality of life in the UK and beyond. Funded by government, BBSRC invested £451 million in world-class bioscience in 2019-20. We support research and training in universities and strategically funded institutes. BBSRC research and the people we fund are helping society to meet major challenges, including food security, green energy and healthier, longer lives. Our investments underpin important UK economic sectors, such as farming, food, industrial biotechnology and pharmaceuticals.