Our research features take a more in-depth look at selected aspects of our research and the wider impacts of our science for the wider world. Browse all of these articles in the reader window below or access specific features directly from the introductions further down the page. These features were originally produced as part of our Annual Research Reports, you can find the full reports here. 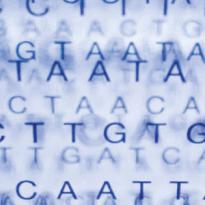 When the first draft of the human genome was published in 2001, it was described as a treasure trove of information. But using that information to understand disease demands going far beyond the DNA code. Now, researchers at the Institute are pioneering a new method of mapping our genome’s complex regulatory interactions that could open up new ways to treat genetic diseases and understand ageing.