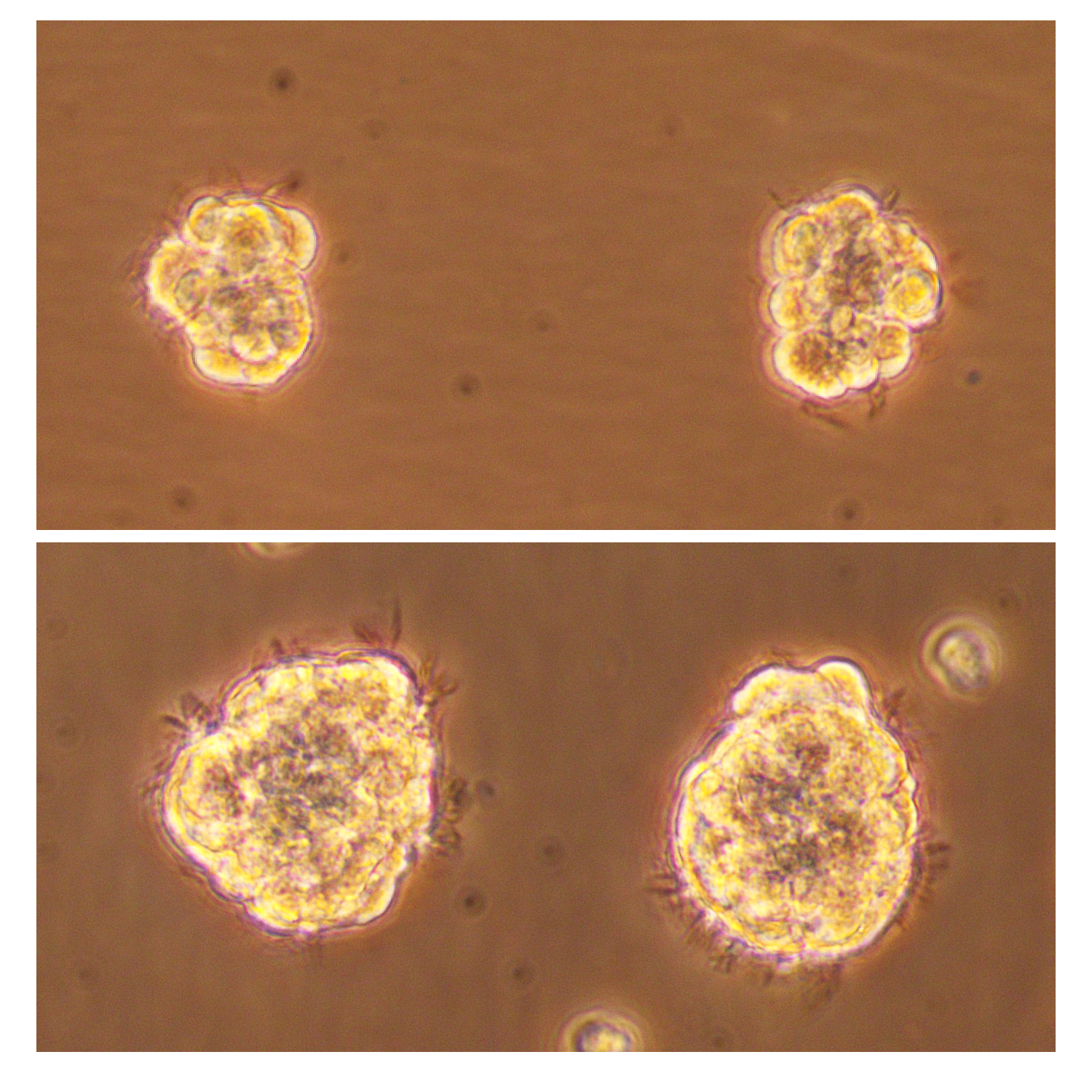 A group of genes and genetic switches involved in age-related brain deterioration have been identified by scientists at the Babraham Institute, Cambridge and Sapienza University, Rome. The research, published online today (5th March) in Aging Cell, found that changes to one of these genes, called Dbx2, could prematurely age brain stem cells, causing them to grow more slowly. The study was led jointly by Giuseppe Lupo and Emanuele Cacci in Italy and Peter Rugg-Gunn in the UK.

Cells in the brain are constantly dying and being replaced with new ones produced by brain stem cells. As we age, it becomes harder for these stem cells to produce new brain cells and so the brain slowly deteriorates. By comparing the genetic activity in brain cells from old and young mice, the scientists identified over 250 genes that changed their level of activity with age. Older cells turn some genes, including Dbx2, on and they turn other genes off.

By increasing the activity of Dbx2 in young brain stem cells, the team were able to make them behave more like older cells. Changes to the activity of this one gene slowed the growth of brain stem cells. These prematurely aged stem cells are not the same as old stem cells but have many key similarities. This means that many of the genes identified in this study are likely to have important roles in brain ageing.

The research also identified changes in several epigenetic marks – a type of genetic switch – in the older stem cells that might contribute to their deterioration with age. Epigenetic marks are chemical tags attached to the genome that affect the activity of certain genes. The placement of these marks in the genome change as we age and this alters how the cells behave. The researchers think that some of these changes that happen in the brain may alter causing brain stem cells to grow more slowly.

First author on the paper, Dr Giuseppe Lupo, Assistant Professor at Sapienza University said: “The genes and gene regulators that we identified are corrupted in neural stem cells from older mice. By studying the Dbx2 gene we have shown that these changes may contribute to ageing in the brain by slowing the growth of brain stem cells and by switching on the activity of other age-associated genes.”

Co-lead scientist Dr Peter Rugg-Gunn at the Babraham Institute said: “Ageing ultimately affects all of us and the societal and healthcare burden of neurodegenerative diseases is enormous. By understanding how ageing affects the brain, at least in mice, we hope to identify ways to spot neural stem cell decline. Eventually, we may find ways to slow or even reverse brain deterioration – potentially by resetting the epigenetic switches – helping more of us to stay mentally agile for longer into old age.”

Co-lead scientist Dr Emanuele Cacci at Sapienza University said: “We hope this research will lead to benefits for human health. We have succeeded in accelerating parts of the ageing process in neural stem cells. By studying these genes more closely, we now plan to try turning back the clock for older cells. If we can do this in mice, then the same thing could also be possible for humans.”

Find out more about our research into ageing at our Cambridge Science Festival event on 17th March 2018 and at the Royal Society Summer Science Exhibition in July.

Research Funding
Work at the Babraham Institute is possible thanks to the Biotechnology and Biological Sciences Research Council, in particular this research relates to the Strategic Programme Grant for Epigenetics. This work was also supported by the Wellcome Trust, Sapienza University of Rome and the Spanish Ministry of Economy.

Image Credit
Top: A microscopy image of mouse neural stem cells with the stem cell protein Nestin visualised in red. Image credit: Dr. Giuseppe Lupo
Inset: Microscopy images of mouse neural stem cells grown as free-floating spheres in the lab. The cells were isolated from the brains of young (lower) or aged (upper) mice. Note the difference in size of the spheres due to the deterioration in neural cell growth due to ageing. Image credit: Dr. Giuseppe Lupo.

Animal Statement
As a publicly funded research institute, the Babraham Institute is committed to engagement and transparency in all aspects of its research. Animals are only used in Babraham Institute research when their use is essential to address a specific scientific goal, which cannot be studied through other means. The main species used are laboratory strains of rodents, with limited numbers of other species. We do not house cats, dogs, horses or primates at the Babraham Research Campus for research purposes.

A total of 50 mice were used in this study. Neural stem cells were isolated from 40 male wild-type mice (C57BL/6Babr and C57Bl/10 strains). Mice were housed in groups of up to five in the Biological Support Unit at the Babraham Institute under specific pathogen-free conditions. Experiments in the UK were carried out under the Animals (Scientific Procedures) Act 1986 with all protocols approved by the Animal Welfare and Ethical Review Body (AWERB) at the Babraham Institute under licenses issued by the Home Office (UK).

Multiple independent experiments were carried out using several biological replicates. In accordance with the 3Rs, we used the minimum number of mice necessary to collect sufficient cells per experiment, and we used cell culture models instead of animals wherever possible. Mice were checked daily by qualified technicians and were healthy and active throughout the study. Environment enrichment was provided (e.g. tunnels, elevated rafts) as well as food treats and nesting material. Samples were collected from mice between the ages of 3 months and 18 months.

Please follow the link for further details of the Institute’s animal research and our animal welfare practices: http://www.babraham.ac.uk/about-us/animal-research

About the Babraham Institute
The Babraham Institute receives strategic funding from the Biotechnology and Biological Sciences Research Council (BBSRC) to undertake world-class life sciences research. Its goal is to generate new knowledge of biological mechanisms underpinning ageing, development and the maintenance of health. Research focuses on signalling, gene regulation and the impact of epigenetic regulation at different stages of life. By determining how the body reacts to dietary and environmental stimuli and manages microbial and viral interactions, we aim to improve wellbeing and support healthier ageing.