Two insect species from Latin America, the dinosaur ant and the red paper wasp, have been used to uncover the molecular mechanisms underpinning queen and worker roles in social insects. The research by an international team of scientists brings us closer to understanding how genomes are used to generate castes in social evolution.

Researchers from the University of Bristol, the Babraham Institute (Cambridge, UK) and the Centre for Genomic Regulation (Barcelona, Spain) analysed individual wasp and ant brains from queens and workers of both species to see whether caste differences could be explained by variations in how the genome is ‘read’ and regulated.

As published in the latest issue of PNAS, the two species revealed much more than honeybees about how queen and worker castes evolve in insect societies. Dr Seirian Sumner, a senior author on the paper, and a senior lecturer at the University of Bristol, explains: “Unlike honeybees, who as larvae are fated irreversibly to be a queen or worker, paper wasps and dinosaur ants are able to switch role from worker to queen at any point in their life. This flexibility is thought to represent the first stages of caste evolution, when the simplest societies form.” 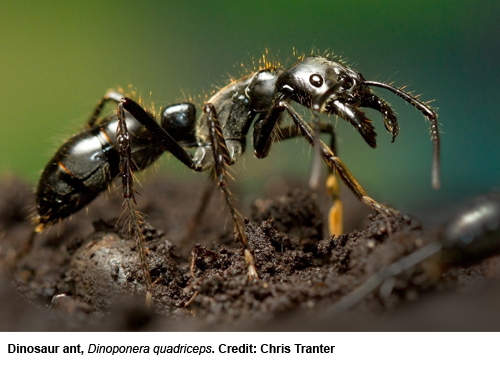 Queens and workers of paper wasps and dinosaur ants look identical. It was only by observing the insects’ behaviours and social interactions that the researchers were able to identify their roles. To do this, the researchers fitted the insects with tiny paint spots or identification tags to study the insects in their natural environments.

Instead, the authors found that castes were differentiated by subtle, but non-random arrangements of gene networks. “This suggest that there is no single master gene regulating caste differentiation in these simple societies, and that genes for simple social behaviour act in interconnected networks involving many genes of small effect,” explained Dr Sumner.

The authors also looked at whether epigenetic modifications to DNA (DNA methylation) might be regulating these subtle gene networks. “Surprisingly, we found no evidence that queen- and worker-specific gene expression was driven by DNA methylation and more generally the ant and wasp genomes lack strong epigenetic signatures.” said Dr Patalano. “We suggest that this absence of molecular commitment keeps the genome open and responsive, facilitating the behavioural plasticity we see in these species.” 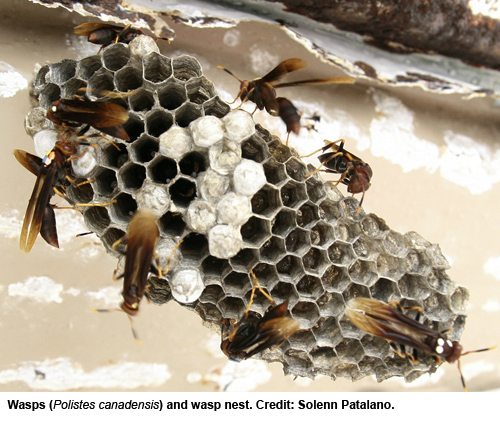 “As part of this research we are also really excited to be publishing the first genome sequence for a social wasp!” Dr Sumner added. “Genome sequences exist for eleven ant species and three bee species. The sequencing of the first wasp genome completes the trio of the social Hymenoptera (bees, wasps and ants), giving us a more balanced understanding of the molecular basis of sociality in insects, and opens up exciting new avenues of research into a somewhat neglected group of insects.”

Professor Wolf Reik, Head of the Epigenetics Programme at the Babraham Institute, associated faculty at the Wellcome Trust Sanger Institute and a senior author on the paper, said: “We are excited about discovering molecular mechanisms which in these wasps and ants allow easy switching between workers and queens. There are some applications of these principles to human stem cells to make them more plastic, potentially leading to better stem cell therapies in the future.”

“The work illustrates the relevance of genomic approaches, including genome and transcriptome sequencing, to understand animal behaviour. They help to uncover the genetic basis underlying behavioural traits.” added Professor Roderic Guigó, coordinator of the Bioinformatics and Genomics Programme at the Centre for Genomic Regulation in Barcelona, Spain.

This work was supported by Wellcome Trust and Biotechnology and Biological Research Council funding to the Babraham Institute, funding from the Natural Environment Research Council to the University of Bristol, and Instituto de Salud Carlos III (ISCIII), European Regional Development Fund (ERDF) and Spanish Ministry of Economy and Competitiveness ‘Centro de Excelencia Severo Ochoa 2013-2017’ to the Centre for Genomic Regulation.

As a publicly funded research institute, the Babraham Institute is committed to engagement and transparency in all aspects of its research. The research presented here used paper wasps and dinosaur ants collected from their native environments for genomic analyses.

Please follow the link for further details of our animal research, how we use alternatives whenever possible and our animal welfare practices.