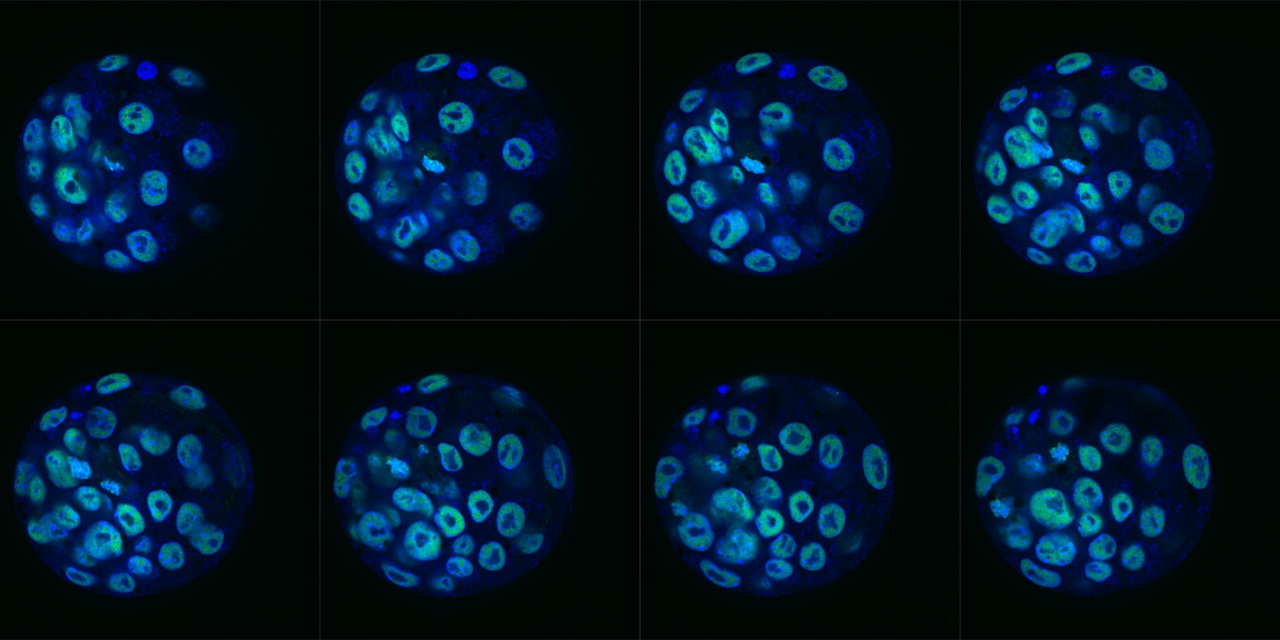 Primed to go: how do stem cells plan for the future?

Human embryo development is one of the most complex, important, and interesting periods in our life. A single cell must somehow divide and generate the approximately 200 different specialised cell types at the correct time and quantities to form a human body. This intricate process needs to occur reliably and robustly for the healthy development of the embryo. Research in the Reik lab is beginning to identify how many of the steps in this elaborate cellular dance are pre-programmed into the earliest cells of the embryo.

What is a stem cell?

Most of the cells in the adult human body are what we call ‘somatic cells’, which are locked into their specialised identity. For example, a skin cell is a somatic cell and unable to change its identity and suddenly become a muscle cell. However, the cells found in the early stages of embryo development are called stem cells, which are not yet restricted into a specific cell type. During development, these early stem cells start with unlimited potential, but gradually lose this ‘stem-ness’. This is because they make a series of decisions, in a process called differentiation, which determines the type of cell they will ultimately generate. Each decision they make narrows their future options.

Due to its importance, scientists have long since studied this process, attempting to understand exactly how cells make these vitally important decisions and what then prevents them from escaping or falling off these specific paths. These studies have revealed that one of the key factors in this decision-making is the epigenetic regulation of our DNA.

Epigenetics, what is it and why is it important?

Epigenetics refers to marks which sit ‘on top’ of DNA. They do not change the DNA sequence itself, but instead alter how it is read by the cell. They act like post-it notes and highlighter marks in a book; directing the reader to parts to pay attention to and which bits to ignore. Two of the most common epigenetic marks that scientists study are DNA methylation (chemical labels attached directly to the DNA) and histone modifications (chemical labels attached to the proteins that DNA is wrapped around in a cell).

Almost every cell in the body contains the same copy of DNA, which contains information on how to produce every cell type in the body. So, in theory, every cell has the DNA instructions on how to become and function as any cell type they want to be. However, epigenetic marks work to both highlight DNA regions of particular importance and to inactivate regions of the DNA that are not relevant for the cell. In this manner, our skin cells are directed to pay attention to only the portions of DNA that are important for how to be a skin cell.

These epigenetic marks also act as barriers which prevent the cell from changing its identity and must be removed or reprogrammed in order to return somatic cells into stem cells; a process that naturally occurs in the generation of sperm and egg cells.

How do stem cells plan for the future?

Technological developments in the field of epigenetics, such as single cell sequencing approaches, are allowing scientists in the Reik lab to measure epigenetic marks within the small populations of early stem cells in both mouse and human embryo development. These experiments have started to show how early embryonic stem cells begin to prepare themselves for the upcoming cell-type decisions by pre-programing specific regions of their DNA with particular epigenetic labels.

These DNA regions are labelled in the early embryonic stem cells by the removal of inactivating epigenetic marks (DNA methylation) and the addition of specific histone modifications. These marks do not fully activate these regions of DNA, but instead hold them in a pre-active state, priming them for activation at a later stage.

Our research into epigenetic priming within embryo stem cells in the Reik lab will not only be important in understanding healthy embryo and brain development, but could also potentially provide insights in generating stem cells through informed reprogramming of epigenetic marks on the DNA; an important step toward personalised therapeutic approaches in medicine which require producing stem cells from patients.