Escape Room: The science behind the scenes

Escape Room: The science behind the scenes

We’re all taught at school that cells are the smallest units of living organisms. We tend to imagine them as tiny bricks building our bodies, but if you imagine them as a very static building material, think again! Living cells are constantly sending and responding to signals in their environment. They contact their neighbouring cells as well as cells in distant parts of the organism. 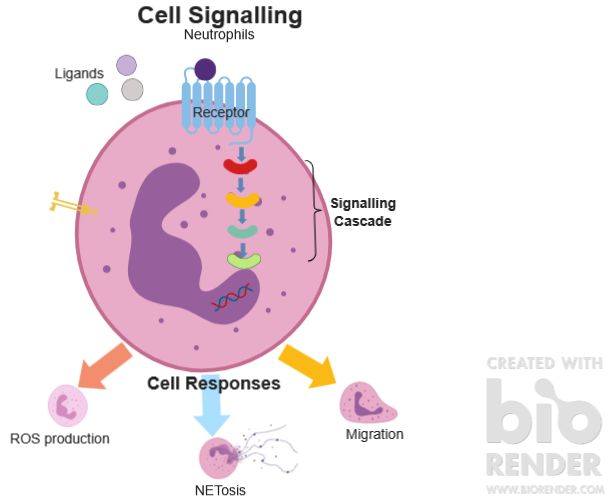 As you’re reading this blog, cells in your body are responding to millions of chemical messages, called ligands. Once a cell receives a message, it passes it on with the help of additional messengers, creating a signalling cascade. This cascade can affect many processes, such as cell proliferation, apoptosis (controlled cell death) and metabolism - everything depends on the message and how it has been ‘read’ by the cell.  Although these signalling pathways are usually tightly regulated, sometimes mistakes in the system can be a cause of diseases such as cancer.

Our escape room was created for an adult audience as part of the amazing range of activities offered at the Cambridge Science Festival each year. The escape room scenery was designed to look like a cross between a laboratory and an office and teams had 45 minutes to complete the challenge. As in the best performances, preparation is key for success. Three teams of Babraham Institute staff kindly volunteered to run pilot sessions which enabled us to identify any issues with the puzzles and make improvements to ensure the escape room was suitable for the public.

On launch night of the escape room we welcomed groups of 5-6 who had signed up for the activity and briefed them on the signalling pathway they were challenged to solve once ‘locked’ in the room. During our pilot runs at the Institute and at the Cambridge Science Festival we enjoyed seeing how people tackled the pathway and the puzzles in different ways. Most teams worked through every element of the pathway before or close to the deadline for success. It was thrilling to watch!

A key aspect of the exhibition design was its portability and ability to use it off-grid, enabling the Babraham Institute to reach new audiences at venues and events that are unconventional for science engagement. We’re very excited to be bringing our escape room to the Latitude Festival this summer and to Whittlesey and Ely in September as part of LifeLab 2019.

We felt very privileged to be involved throughout the development of the activity and act as ambassadors for the Signalling research programme at the Institute. The cell escape has encouraged us to engage with the public but it has also motivated us to work even harder in our research projects to develop our scientific knowledge of different signalling pathways and their importance – such as on development and ageing or during the progression of diseases such as cancer or arthritis.

The team are delivering over 25 sessions of the Cell Escape in the Faraway Forest at the Latitude Festival from Thursday 18th to Sunday 21st July 2019. Can you solve the puzzles and save your cells?

This is the second of three blog posts in a series about the Escape Room project – you can read the others at:
#1 The Cell Escape! Developing novel ideas for engagement
#2 The Cell Escape! The science behind the scenes
#3 The Cell Escape! A researcher's view of Public Engagement

Sustainable science: Tips from the Raff Lab From Zimbabwe to Cambridge: my global scientific journey Our experience creating Virus Fighter during our PhDs Locked indoors? Design an escape room! Babraham Institute virtually and physically at the Cambridge Festival

Sustainable science: Tips from the Raff Lab From Zimbabwe to Cambridge: my global scientific journey Our experience creating Virus Fighter during our PhDs Locked indoors? Design an escape room! Babraham Institute virtually and physically at the Cambridge Festival