A lab that sparks joy: my experience setting up a lab from scratch

A lab that sparks joy: my experience setting up a lab from scratch

In my head, the idea of starting anything from scratch is often driven by my dopamine-filled brain instead of a fear based one (although deadlines do bring out a side of me I did not know I was capable of). I shamefully admit that I own a puzzle game called Unpacking (look it up - it's very real) which says a lot about the person I am. When I was tasked to set up the wet lab from scratch, I knew at that moment that I had to make Marie Kondo proud.

Picture it: Babraham 2022. I had just been hired for my first ever job and solely required to undertake this responsibility to come up with an efficient lab system. I first had to visualise and recall the well-established protocols and the equipment required, and then frequented Stores so much they practically predicted what time I came to annoy them. I began to learn the various systems day-by-day through asking a billion questions from neighbouring lab mates who were very patient with me. 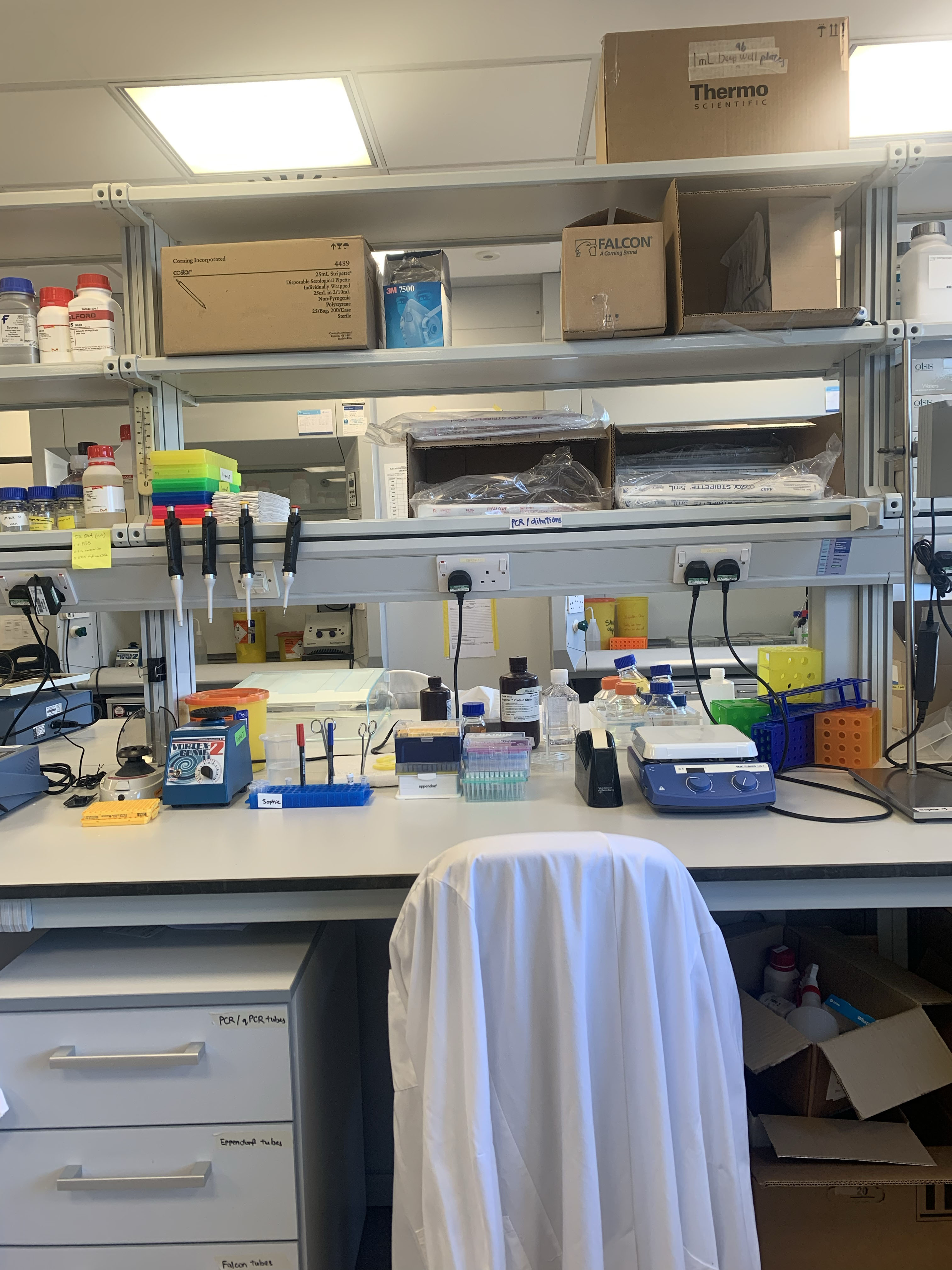 I don’t think it’s controversial to say that all scientists are massive hoarders or at least have a hoarding mentality, because there are always secret stashes of reagents or cells that are untouched by anyone but themselves. I got to experience this first hand as I was clearing out the remnants of the previous groups’ shelves which luckily wasn’t a lot. While my supervisor and I did scavenge through every unwanted or old reagent and equipment of the Institute like pirates looking for treasure, ultimately we agreed that we are better off getting new items.

At my previous post, there were barely any systems set up to inform the present user about the previous user’s experiments. Needless to say it was very chaotic and it fuelled my incentive to devise a plan to systematically provide detailed information for someone in the future to understand what occurred exactly. Drawing inspiration from a professional kitchen whereby each chef de partie is in charge of their own stations with their specialities, combined with my previous experience with RNA biology I have devised a contamination gradient across my lab bench. This means that protocols like Polymerase Chain Reaction which are susceptible to contamination are performed furthest away from the cell harvest or bacterial work bench in addition to corresponding sets of pipettes and tips. Additionally, I have labelled each section and the equipment involved with a specific-coloured tape to prevent confusion and contamination.

Whilst I was on cloud nine on having absolute control on setting up my new lab, I was also tasked with creating digital registries of biological and chemical materials that the lab would generate and add to over time. My general rule of thumb is to always make future me do the least work even if that means the present me has to go the extra mile. This was one of the rare moments when I struggled to pull out my GCSE knowledge of ICT which is buried deep in my brain, alongside with cringey high school memories, to reach for Microsoft Excel knowledge that only came in handy five years later. It is very nerdy and maybe presumptuous of me to say that I have generated multiple beautiful Excel workbooks that set a good foundational layout that only should be refined minimally in the future.

On the other hand, once the novelty wore off, I sometimes found simple tasks too intimidating and overwhelming just because I have been thrown a different challenge to deal with every day. This was when I took a break in setting up the lab and shifted my focus on my projects for that brain reset. Whilst setting up the lab from scratch I was also involved in setting up our beloved high-performance liquid chromatography-mass spectrometry who needs constant care and attention like reagent top ups and basic plumbing checks. I have come up with a system to give myself a push whenever I felt particularly unmotivated. My system involves breaking down tasks into smaller achievable chunks and writing each part on a sticky note, I find it oddly satisfying to crumple up a sticky note with a finished task. I would also like to confess that I have a secret cupboard (called the shove it and ignore shelf) where I dump inventory that does not belong to any categories that I have made, and I am too embarrassed to share the contents of that shelf.

As I kept refining the organisation and placement of my bench, it did not clock in my head that I have accomplished (from a mostly empty bench) multiple segregated workspaces that are fully established and ready for scientific discoveries. It took writing this blog for me to realise that I have set up an operating and efficient system for future lab members. However, I am not saying that my system is more efficient than others, though some validation wouldn’t hurt, I feel very proud of the end product given that I have a personality that likes orderliness and tidiness.

Learn about our Mass Spectrometry facility