The accumulation of misfolded or otherwise non-native proteins in the cell is linked to an array of ageing-related disorders, including cancers and neuro-degenerative diseases. Healthy cells limit misfolded protein toxicity by employing specialised ‘protein quality control’ systems to recognise misfolded proteins and triage them for re-folding or clearance, thereby maintaining proteome homeostasis, or ‘proteostasis’.

The importance of discovering the two major pathways for misfolded protein clearance—the ubiquitin-proteasome system and autophagy—was highlighted by their recognition with Nobel Prizes in 2004 and 2016, respectively. How they are integrated to maintain proteostasis, however, is poorly understood. Addressing this question is the central scientific driver of our lab. Given that loss of proteostasis—including decline in both proteasomal and autophagic degradation—is a major hallmark of ageing, investigating the co-ordination between protein clearance pathways in young and aged cells will provide insights into improving health and well-being across the life-course. 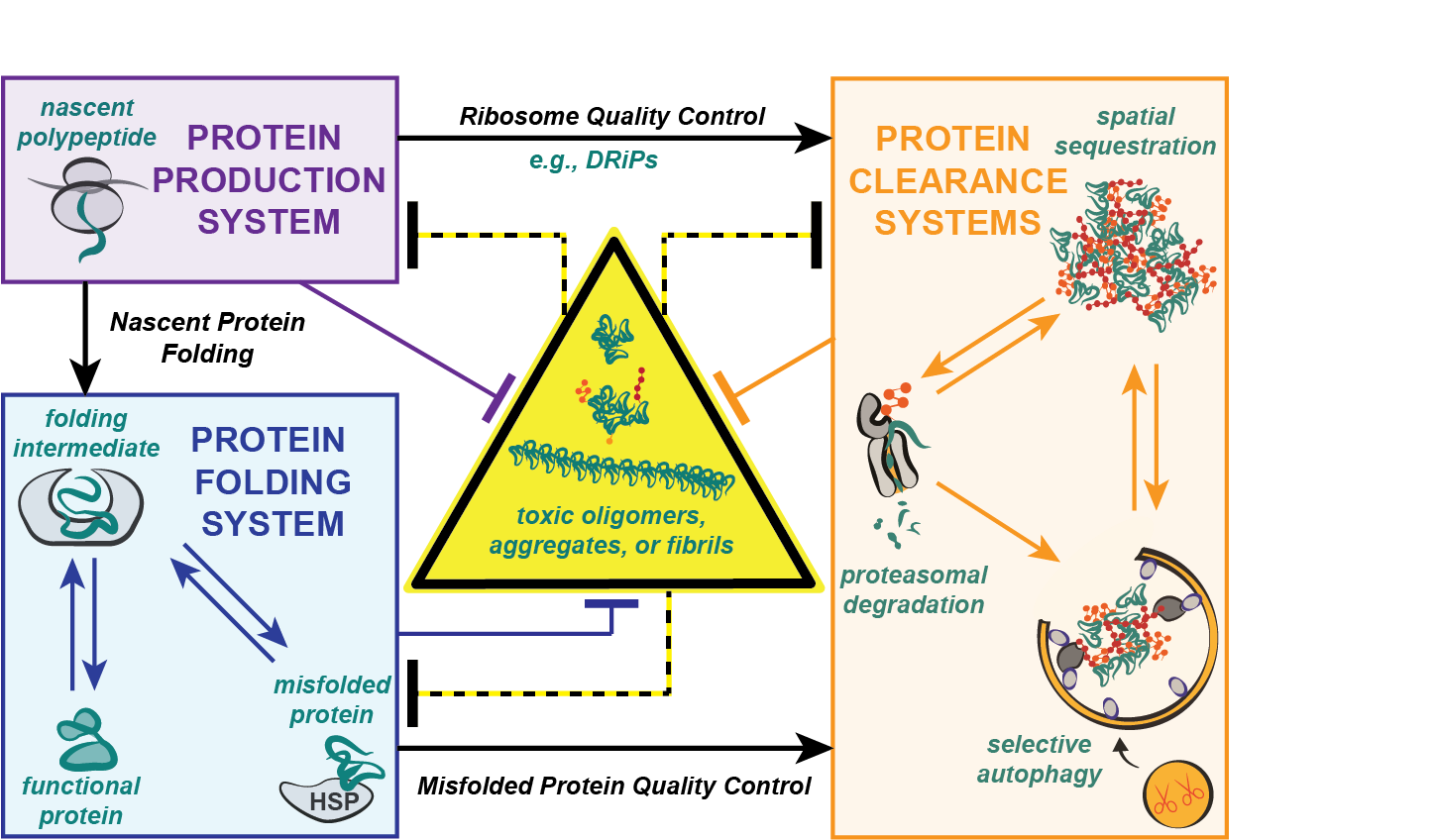 Integration of different components within and between the protein production, protein folding, and protein clearance systems maintains proteome robustness by minimising the accumulation of toxic misfolded species. From Johnston & Samant, 2021.

Proteostasis network dysregulation is a driver of ageing and disease

The steady, global increase in average human lifespan over the past several decades has brought with it an increase in chronic multi-morbidities such as cancers, neurodegeneration, cardio-vascular diseases, and diabetes. This new decade—declared the Decade of Healthy Ageing by the World Health Organization—continues a gradual shift in emphasis from simply extending lifespan to interventions that improve health throughout life. Central to this ‘healthspan’ approach is the search for common mechanisms underpinning the ageing-associated conditions.

One such fundamental mechanism is loss of proteostasis. Whereas protein quality control systems in young, healthy cells keep their misfolded protein load in check, several age-associated diseases are characterised by imbalanced proteostasis. By better understanding the mechanisms underpinning these imbalances, we aim to better understand the pathology of these diseases—and, ultimately, develop therapeutic and lifestyle interventions that restore proteostasis balance and promote lifelong health. 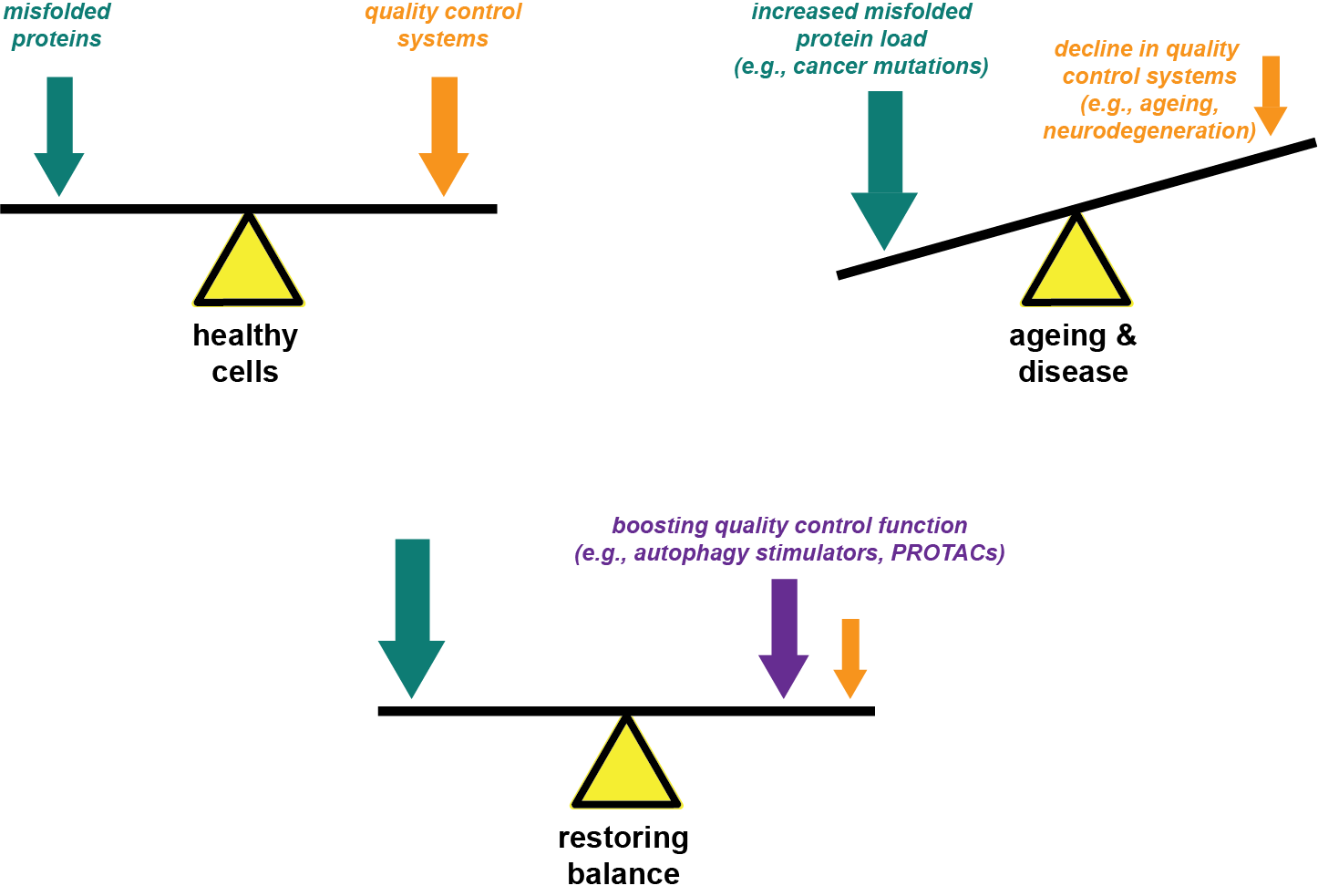 Protein quality control systems are dysregulated during ageing and disease. Identifying components and mechanisms involved in misfolded protein clearance is being pursued for therapeutic development in a range of ageing-associated multi-morbidities.