So far, despite the profound impact that deficiency of some GIMAP genes (GIMAP5, GIMAP1) is known to have in terms of both lymphoid deficiency and autoimmunity (e.g. type 1 diabetes in the BB rat strain; eosinophilic bowel disease in a rat model (see Cousins et al. 2006); wasting disease in GIMAP5 knockout mice (see Barnes et al. 2010)), very little is understood of the cellular mechanisms by which GIMAP proteins produce their effects on lymphocyte development and survival.

We are using different experimental approaches to uncover the function and mechanisms of action of the GIMAP family.

We are studying a family of cell signalling molecules which may play a part in the maintenance of lymphocyte populations. These are the GIMAPs (GTPases of the immunity associated protein family) which, in mammals, comprise 7-8 putative guanine nucleotide hydrolases (GTPases) encoded in a gene cluster on a single autosome (chromosome 7 in humans).

Particular attention was attracted to this family in 2002 when a recessive mutation in one of its members, GIMAP5, was shown to be the basis of severe peripheral lymphopenia in the BB strain of rats that develops autoimmune diabetes mellitus spontaneously.

This suggested that GIMAP5 is an anti-apoptotic regulator of normal T lymphocyte survival and this idea has been supported by experiments in mice and in human lymphoid cell lines. Meanwhile, work on a different GIMAP protein, namely GIMAP4, suggested that this family member, by contrast, accelerates apoptosis.

Such a process may be advantageous after acute expansions of lymphocyte numbers in response to infections, in order to return the lymphocyte pool to its normal state as rapidly as possible.

Cellular and sub-cellular expression of the GIMAPs

Interactions of the GIMAP GTPases 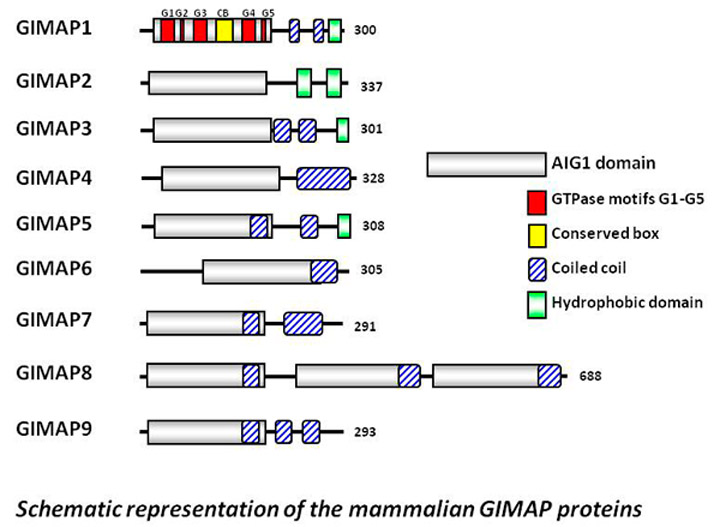 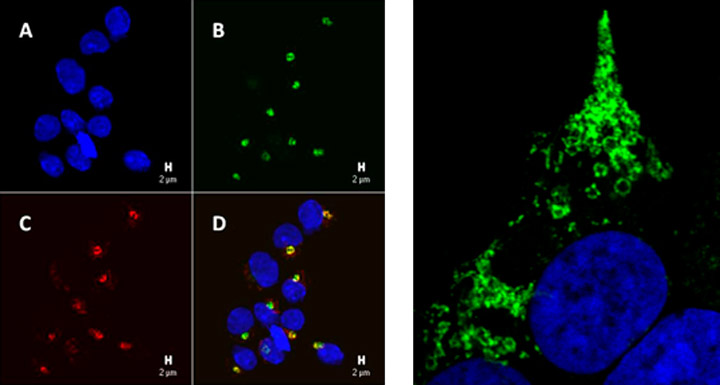 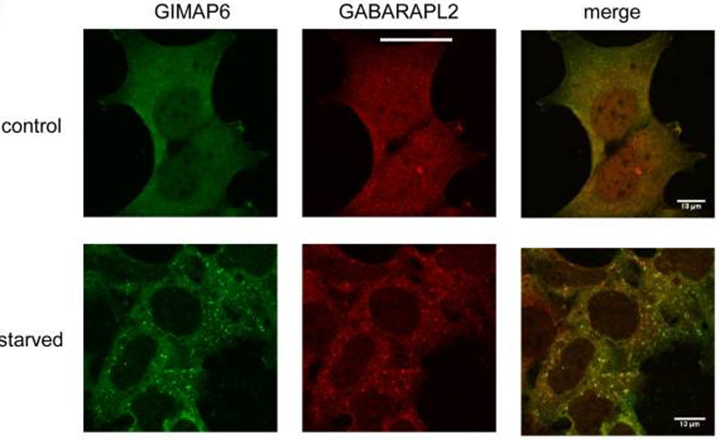