Work in the biological chemistry group, a case study: Phosphatidylinositol phosphates are very important signalling molecules found within cells. Typically within mammalian cells the structures are of the general form shown in (1).

​Using methods we developed at the Babraham Institute, we were asked to look at the changes in the phosphatidylinositol phosphate pool of Dictyostelium discoideum in response to different cell stimuli. To our surprise we found that the masses we obtained by mass spectroscopy were not consistent with structures of the type (1), but more consistent with the structure (2). Through the use of an isotopically labelled alcohol, ozonolysis and enzyme hydrolysis, we confirmed that the structure was as shown in (2). 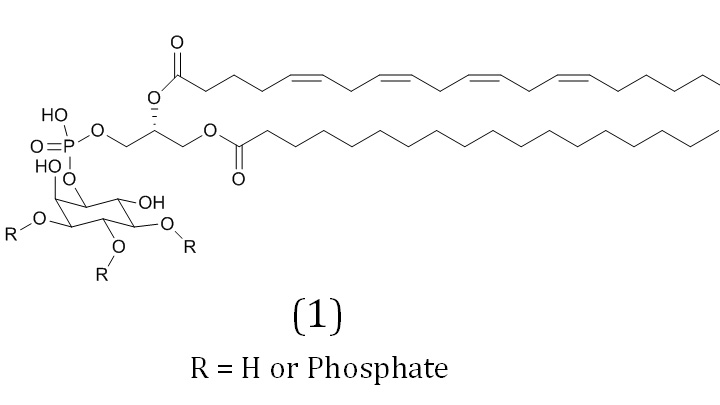 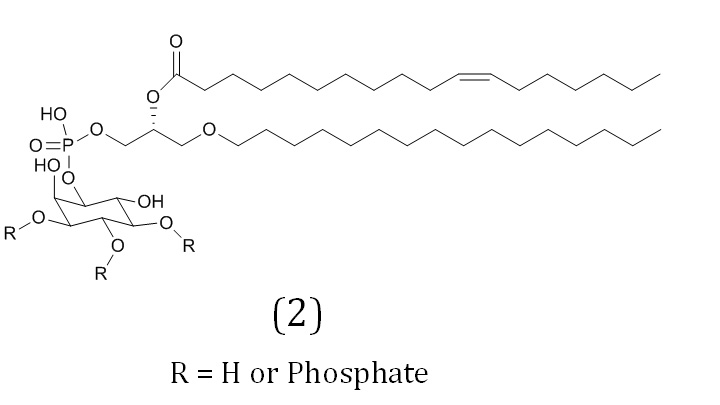 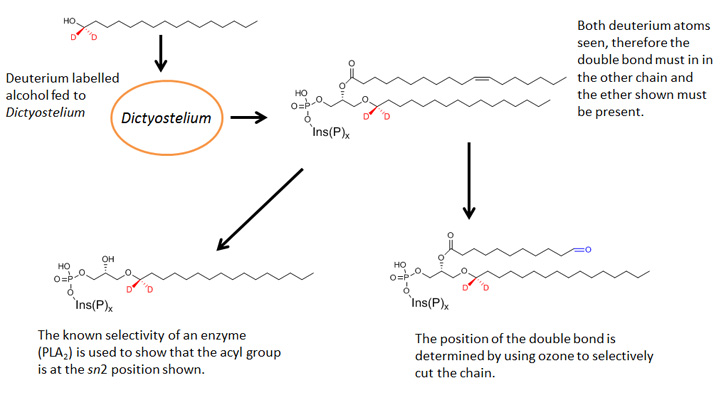 ​The diagram (right) outlines how the different pieces of information were put together to confirm the identified structure. A full description of the work can be found in http://www.ncbi.nlm.nih.gov/pubmed/25180230