Reflections on 'Pride: The Story of the LGBTQ Equality Movement' by Matthew Todd

Reflections on 'Pride: The Story of the LGBTQ Equality Movement' by Matthew Todd

If this little book should see the light after its 100 years of entombment, I would like its readers to know that the author was a lover of her own sex and devoted the best years of her life in striving for the political equality and social and moral elevation of women. So goes the note lawyer and activist Laura Gordon wrote in 1879 in her pamphlet The Great Geysers of California and How to Reach Them before it was buried in a time capsule.

LGBT+ History Month is a good time for reflection and learning. Because of longstanding prejudices, at least in Europe, LGBTQ+ history is often buried. What effect does this lack of representation have? In the sciences, queer people are likely to be closeted and leave science at higher rates than straight and cisgender people. Organisations like Pride in STEM and 500 Queer Scientists are working to improve this situation by creating resources, increasing visibility, and providing support.

Since queer people can pop up in any place or family, they might not have community readily available, unlike other marginalised groups such as minority ethnicities who share that characteristic with their families for a start. Communities are important, for support, for solidarity, for simply providing a place to be yourself, and understanding LGBTQ+ history is one way to connect to a larger community. We have a rich history, one everyone should know and one we should be proud of. 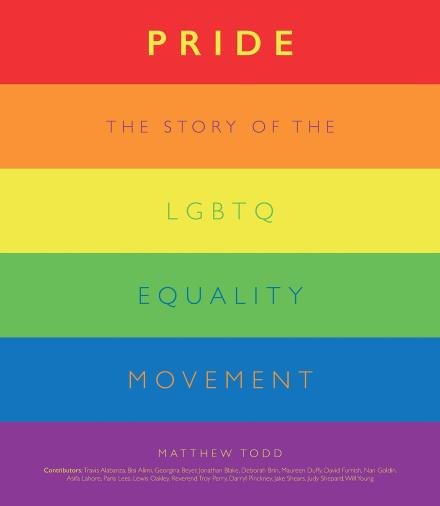 Going to school in Scotland when Section 28 was in place until 2001, I was never told that it was normal to not be straight. In fact, it was the frequent subject of ridicule with ‘that’s so gay’ being the go-to insult. And so, like most members of this community, the sense of shame I felt for not being ‘normal’ burned away for years as I hid a part of me. It wasn’t until my 32nd year that I finally started coming out to the wider world and by this point I felt I had some catching up to do in representing the LGBTQ community to which I had always belonged. Since then I’ve made it my mission to learn as much as I can about LGBTQ history and so it was that I picked up Pride: The Story of the LGBTQ Equality Movement by Matthew Todd from the equality4success library.

This book is an illustrative and heartfelt account of both the injustices endured and the successes celebrated by Queer people. It tracks the seminal moments in the fight for LGBTQ equality with first-hand accounts from those who were there. From the raiding by police of the Stonewall Inn in 1969, up to modern day milestones such as Ireland’s vote in favour of equal marriage in 2015, the book recounts the breakthroughs of the movement through the sharing of images, documents and essays written by key figures from all facets of society. For anyone who wants to learn the history of the LGBTQ movement, whether as a member of the community or as an ally, I would encourage you to borrow this book from the library as you will be left with a sense of pride and hope for the future of equality for everyone.

In the week I finished reading, Samuel Luiz, a 24-year-old nursing assistant was beaten to death in Madrid in a homophobic attack outside a nightclub. Two years ago, I watched in horror as two women were attacked on a bus in London for being romantically together. Hungary recently enacted their own Section 28 banning LGBTQ content in schools and in Poland dozens of towns have proudly announced themselves to be ‘LGBT-free zones’.  So much has been achieved in the 50 years since the first brick was thrown at Stonewall but we are surrounded by constant reminders that society still has long strides to take in fully equalising the LGBTQ community. By educating ourselves we can overcome fear and hate like this and picking up books such as this one is an excellent place to start. 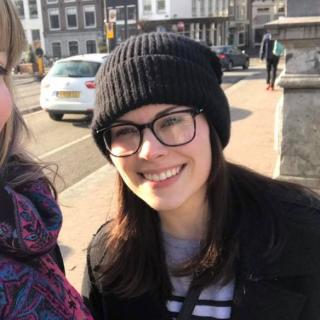 Dr Jenny Mitchell was a postdoc in the Cook lab at the Babraham Institute until January 2022. She is interested in the molecular mechanisms that lead to pathologies like cancer and chronic inflammatory diseases. In particular, she studied a post-translational modification called ubiquitination that has many cellular outcomes, and may be a potential therapeutic target for a number of diseases.