The Institute views Public Engagement and Science Communication (PESC) activities as integral to our culture and research outcomes. The Public Engagement programme seeks to engage students, teachers, community groups, families and other public audiences by sharing our research, listening to public views and inspiring the next generation of scientists. The PESC Prize seeks to recognise those across the Institute who have engaged with public audiences through facilitating activities, developing resources, participating in dialogues, giving talks and more.

This year saw a bumper crop of nominations for the 2021 PESC Prize, with eight groups and individuals being nominated for their commitment to engaging public audiences with Institute research. The nominations were assessed by a panel consisting of members of the Public Engagement team along with two external judges from the Wellcome Genome Campus and the UKRI Public Engagement teams.

In the end the judges found it impossible to decide between two nominations, so for the second time the PESC Prize was awarded to two groups: the Escape Room team and the Virus Fighter team.  Huge congratulations to both the winning teams! The Public Engagement team would also like to applaud all those who were nominated for their fantastic work this year.

Read on for more details about all nominees, including the two winners. 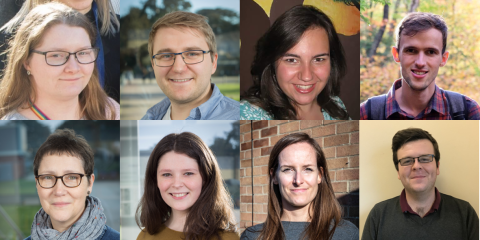 The Epigenetics Escape Room is a brilliant new resource to engage public audiences with epigenetics. The team adapted their plans for an in-person escape room to create the online version, which had great success as part of the 2021 Cambridge Festival with over 500 individuals trying out (and solving!) the puzzles.

This was a fantastic project which involved contributions from an impressive number of researchers.

One judge commented that “this is a really innovative project that that has risen to the challenges of engaging with a public during a pandemic and taken the needs of the audience into account from the start.” 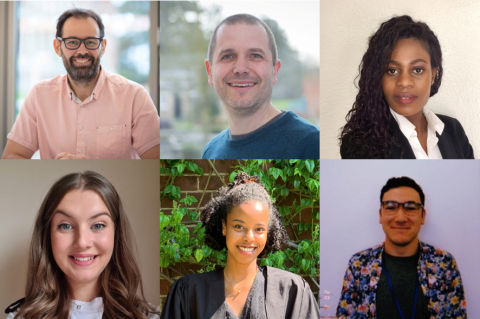 Virus Fighter is the outcome of the VACCINE project, a collaborative, ORION-funded project to design a game which engages members of the public with the science behind infections, immunity and vaccinations. 25 students from a local state school were involved in designing the game in a co-creative process.

The judges praised this as a great example of a project which involved collaboration with several different external groups. They also highlighted the team effort, with clear ongoing support from senior researchers.

Chris was nominated primarily for his contributions to I’m a Scientist, a chat forum for answering school students’ questions about science.  Chris was awarded the title of most engaging scientist through a student vote, a fantastic achievement. He was also part of the epigenetics escape room team and has taken part in online school sessions discussing the ethics of genome editing.

Anne was nominated for her longstanding support of PESC activities at the Institute, and for taking part in a Q&A about COVID-19 vaccines with the British Society for Immunology. This is a great example of how collaboration can help reach new audiences and widen the impact of public engagement work.

Piotr was nominated for giving a Science Spotlight talk, helping to develop an animated research video, and co-founding Covid-Sations, a series of panel discussions about COVID-19 related topics. Judges appreciated the considerations made to make these events inclusive through use of closed captions and pronouns.

Adrian, a key member of the Virus Fighter team, was also nominated individually for his children’s books about immunology: Battle Robots of the Blood and All About Coronavirus. A third book, Maya's Marvellous Medicine, has just been released. The judges highlighted his collaboration with an artist; use of a novel format; and support for other members of his team to participate in PESC activities.

Jo was nominated for leading Scientist Stories, a series of video interviews supported by the Public Engagement seed fund. The three videos have a combined total of over 400 views and are a great resource for showcasing the people behind our science and for informing those wanting to find out more about careers in science.

Simon was nominated for the Protein Challenge, a practical project which he has been running with the Cambridge Academy for Science and Technology for over 10 years!  Simon successfully adapted the project to run remotely, with online talks and poster display sessions, and was commended for his long-term commitment to the project.