An increase in CO2 in the atmosphere has raised the temperature globally. Climate change has brought drastic effects on the Earth, rising sea levels due to ice melting all over the Arctic, Antarctic and over the mountains that captured surplus water through centuries. The temperature rise has also caused droughts and heat globally and is the cause of most forest fires around the world (recent examples include Australian and Californian fires). In addition, the extreme temperature has increased the frequency of cyclones in the oceans, affecting people living in the mainland USA, Mexico and Southeastern countries and islands. The data indicate that energy production, transport, as well as land use, deforestation and meat production are driving emissions of greenhouse gases, such as CO2 and methane. The main CO2 emitters are developed countries such as the USA, Russia, Japan, the UK and European countries, and some developing countries such as China and India. Such countries have a duty to the world to reduce their carbon impact. If we do not act now, our beautiful world is in danger of extinction.

Fossil fuel industries need to stop extracting crude oil, gas and coal to prevent their further usage. The government should invest in green fuel technologies such as hydrogen, wind power, hydroelectric power or nuclear power plant. The automobile industry needs to alter their cars, buses or truck engines so that they use green energy. People need to rethink how they can continue living without further damaging the earth. Plastic industries also have a huge impact on climate change and generate enormous amounts of waste, which if not treated properly, can remain in the land, rivers and oceans for 400 years, affecting the health of our wildlife. Microplastics have been found in the food we eat such as fish that could harm people’s health. Everyone, individuals, organisations and governments, must take drastic measures now to reduce the amount of CO2 entering the environment.

The carbon footprint of the scientific community is huge. Laboratories across the world have benefited from single-use plastic, as it is cheaper to make and procure and addresses issues of reproducibility and contamination. However, such scientific actions have created tons of plastic waste that get incinerated, generating more CO2. Sourcing of the raw material, production in the factories, packaging, transportation, decontamination and incineration all contributes to carbon emissions and elevates global temperature. The time has come to revert to our old habit of conserving our resources. A very recent study by Martin Farley and Benoit P. Nicolet reported that single-use plastic generates 11 times more carbon compared to using glass alternatives that are 100% recyclable or buying good quality plastic that can be washed and reused multiple times before being recycled into different products or incinerated to produce electricity.

People, including scientists, typically fly to conferences, meetings, interviews, and workshops, all contributing further to CO2 emissions. But during the pandemic, we all learnt that we could do such activities virtually, without driving or flying. Meeting virtually was cost-effective, productive, safer, less hassle, and drastically reduces the carbon footprint and all kinds of waste (plastic, food, clothes etc.). During the COVID-19 pandemic, people saw other positive effects of not flying and driving as emissions were reduced, the air became cleaner and less polluted, and people had fewer asthmatic attacks and other breathing difficulties. We all learnt the importance of clean air to our physical and mental health. After successful COVID-19 vaccination drives around the world, economies have opened up and people have restarted in-person meetings and conferences. We must remember that climate change is a bigger threat to mankind than the pandemic and continue to do much more to reduce our CO2 emissions.

We can also think about the environmental impact of our lifestyle choices. We could strive to drive less and use more public transport (green buses or taxis) or active transport (walk, cycle, electric scooter hire etc). Rethink, Refuse, Reduce, Reuse, Replace and Recycle should be the motto in everyone’s life. We could also reduce consumption of meat, cow’s milk and milk products, following more of a Mediterranean or vegan diet, which is much healthier for the person and the planet.

If we want to focus on big few points, it would be stopping the use of fossil fuel, reducing meat and animal milk consumption, and reducing all kinds of waste from the lab and home (food, clothes, plastic, furniture, electronic items, water etc), get our labs and home insulated to prevent heat or cold escaping out in the environment, shop for locally grown produce and prohibit the deforestations across the world. Trees capture back carbon from the atmosphere, help us to cool our surroundings and prevent flooding. Trees are one of the essential elements to fight climate change, so plant more trees and replace our lost forests.

Lessons from the Raff Lab

The Raff lab, in association with the Dunn Green group at Sir William Dunn School of Pathology, and the University of Oxford sustainability team, has been tackling the issue of laboratory plastic consumption and waste for the past two and half years. Some of our actions include:

The pandemic has helped some of the Raff lab members to utilise their holiday and weekend time and efforts in gathering information (virtual seminars, meetings, workshops) to reduce all kinds of waste, optimising the protocols for washing and reusing all the different wares, generating or updating various lab lists, organising fridges, freezers, desk and bench spaces and clear unwanted old stuff to make way for new stuff rather than buying new fridges and freezers that would use more energy and would contribute to carbon emission indirectly. Washing and reusing labware is time-consuming, and comes with health and safety considerations. Nevertheless, Raff lab and Dunn School will continue to wash and reuse disposable single-use or glassware until a full-time employee is hired in this role for the Dunn School scientists. We know that we are practising environmentally responsible science to preserve our beautiful world for future generations.

The Raff lab was awarded a Silver Laboratory Efficiency Assessment Framework (LEAF) accreditation in September 2020, boosting the group's confidence to carry on green initiatives, then received a gold LEAF award in October 2021, along with 23 other labs across the University of Oxford. The Raff lab fulfilled most of the LEAF criteria with the support of the Dunn School Green group, workshop, washing up and IT facilities, by fixing and reuse of instruments on-site, using the UniGreen Scheme to give away any unwanted instruments from the lab, ULTs and -20oC freezer defrosting, recycling paper, cardboard, packaging material, tip boxes, plastic bottles, glass chemical bottles, all kinds of laboratory gloves and face masks, and printer cartridges to reduce all kinds of waste from the lab.

To set up such initiatives, very solid, supportive and encouraging leadership is required. Initially, Professor Jordan Raff gave the lab the green signal to investigate climate-friendly initiatives, and later the head of the department, Professor Matthew Freeman, supported the idea of conducting our science in an environmentally sustainable way. Under Professor Anton van der Merwe and later under Professor Ulrike (Ulli) Gruneberg’s leadership, the Dunn School green group were able to create awareness not to just reduce single-use plastic but to reduce the carbon footprints across the labs at the Dunn School to save our planet from extinction. Everyone in the Raff lab and at Dunn School members was very positive and supportive too. The current green group members are Saroj Saurya (Current chair), Jo Peel, Philip Cobden, Wayne Swan, Marcus Bottomley, Ulrike (Ulli) Gruneberg (previous Chair), Anton van der Merwe (previous Chair), Timothy (Tim) Walsh, Lindsay Stimson, Sophia Fochler, Lilli Hahn, Emile Roberts, Isabel (Izzy) Leitch, Josephine Groslambert, Samantha Knight, Clemence Levet, Anne Hedegaard, Caroline Moussa, Charlotte Gray-Hammerton, Deeksha Munnur, Kirsty Sands, Marion Schuller and Paul Metz. The past members are William James, Iona Manley, Rebecca Moore and Claire Hill. All the green group members current and past are volunteers and are very passionate about doing something in the lab and at home to prevent climate change. The Green group work closely with the University of Oxford Environmental Sustainability team (Stefanie Reiss, Harriet Waters, Vered Balan and Charlotte Houghton). In February 2022, the Dunn School green group was presented with Oxfordshire High sheriff climate action hero’s award for their collective actions taken at the Dunn School in reducing their department’s carbon impact in saving the planet Earth from extinction due to climate change. 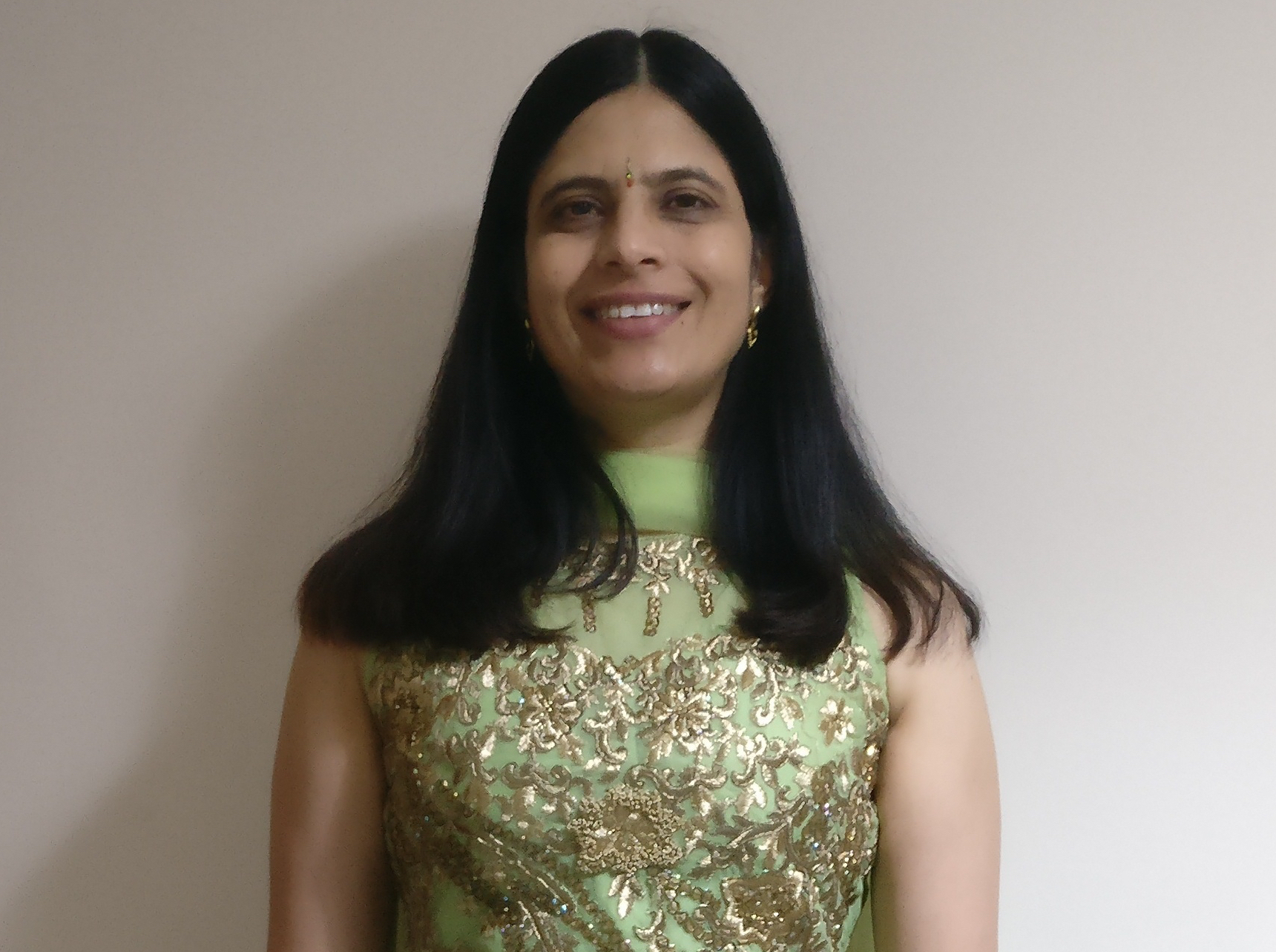 Saroj Saurya is the Post-doctoral laboratory Manager in the Raff Lab and is the chair of the Dunn School Green group at Sir William Dunn School of Pathology, University of Oxford. She is passionate about reducing single-use plastic usage and waste in the Raff lab and at the Dunn School. In addition, she is locally involved with Marston Community Gardening and Marston Eco group to assist in their several climate action projects.

Find out more about our Green Labs initiative