8 things we learnt from lunch with Katrin Rittinger

8 things we learnt from lunch with Katrin Rittinger

Four PhD students, Charlotte Imianowski, Izzy Hampson, Lauren Maggs, and Rachel Fellows, recently attended an Equality4Success hosted My Life in Science talk by Katrin Rittinger, followed by a chat over lunch. Here’s what we took away from it. 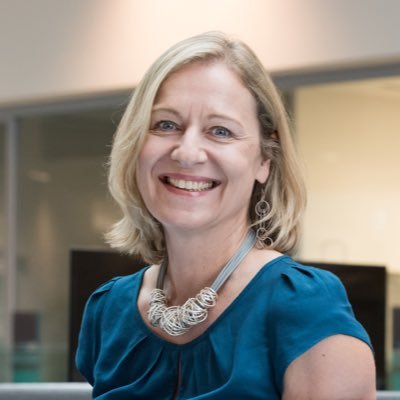 1. Senior women in science care about equality issues
It was inspiring to see a senior group leader talking about equality and diversity issues within academic science, as often we see more junior members or dedicated members of staff taking the lead in this area. Katrin eloquently expressed that long term changes to culture must come from the “top down” rather than the “bottom up”.

2. Equality policies matter regardless of your “parental” status
A lot of progress has been made by academic institutions to implement initiatives to improve work life balance which should be commended, but these often revolve around childcare and parental leave. To continue to improve the culture of the workplace we need to include, and make, policies that work for everyone.

3. It’s OK to say no
One of the important things Katrin said is the importance of saying no and protecting your own time. Obviously, it’s a great thing that for women to be represented on, and asked to participate in, grant committees and interview panels. However, there are fewer senior women to fill these posts and they may dedicate more time to these ‘extras’ than their male colleagues, therefore having less time for their science. It’s important to balance, but to me the solution is obvious – more women in senior roles!

4. Seek out a female mentor
Something Katrin stressed is how valuable a female mentor can be as you progress through science. This isn’t to say a male mentor isn’t valuable! But she highlighted how insight from a woman with more experience than you can help you navigate situations that are unique to being a senior woman in science.

5. Things don’t go smoothly all of the time
Whilst Katrin has had a successful career, it wasn’t smooth sailing the whole time. There can be periods where not much progress is made in research and experiments aren’t working, meaning that there are long gaps between papers. For Katrin this happened when she was a group leader during a period of change at her institute. All of the groups were reviewed to see if they would move to the new institute. While this was stressful, she and her group kept working and eventually made progress in their project. Then, during the next stage of the reviews, her group made it through.

6. Don’t be afraid to change the direction of your project
Despite being interesting at the start, sometimes projects just don’t go anywhere, you reach a dead end and have tried everything you can think of. A great message from Katrin’s talk was that you shouldn’t be afraid to change what you are doing. You need to be confident, propose a new idea to your supervisor and discuss it with them. This is what she did during her post-doc and it led to a much more exciting project.

7. Things aren’t going to change overnight - but that’s not a reason not to pursue a career in science
Katrin told us that when she first became a group leader, there was a lot of optimism that there was about to be a paradigm shift in women’s representation in the most senior positions in academic science. Now, 20 years on, change hasn’t happened as quickly as her and many others had hoped (though things have vastly improved). However, she also told us this shouldn’t be used as a reason to give up on an academic career if that’s what you want to do - find the right institute and the right mentorship and it’s possible to go far. Also, while it’s true huge change didn’t happen in one go, we’re certainly in a much better position than 20 years ago!

Hanan's story: Research Access Programme 2022 A lab that sparks joy: my experience setting up a lab from scratch Top tips for new PhD students Why postdocs are “the Swiss army knife of biomedical research” One log decade: My odyssey at the Institute

Hanan's story: Research Access Programme 2022 A lab that sparks joy: my experience setting up a lab from scratch Top tips for new PhD students Why postdocs are “the Swiss army knife of biomedical research” One log decade: My odyssey at the Institute