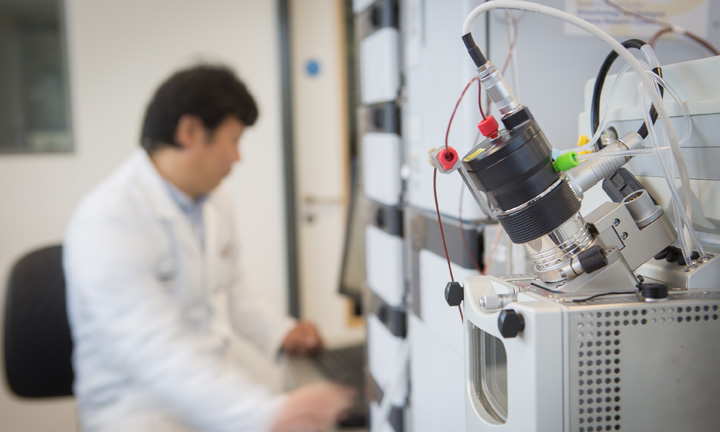 Analysis of the cellular lipidome by mass spectrometry is now possible. Our work has pioneered a number of these methodologies, in particular the analysis of phosphoinositides.

These studies have demonstrated the key role for the acyl chain structure of lipids in defining their cellular role. For instance polyunsaturated diacylglycerol species and monounsaturated phosphatidic acids are intracellular signaling lipids, other structures of these lipids may function as signals in vitro but play a metabolic role in intact cells.

Work in the lab supported by Cancer Research UK is defining changes in lipids in cancer cells and tissues with the aim of identifying novel cancer-associated signaling pathways and thus potential therapeutic targets.