Autotaxin (ATX),also known as ectonucleotide pyrophosphate-phosphodiesterase 2 (ENPP2), is a lysophospholipase D (lysoPLD) and the predominant enzyme responsible for the extracellular production of the bioactive signalling lipid lysophosphatidic acid (LPA). ATX is a critical protein during development, it is necessary for blood stabilization and organisation of midbrain boundary. It has been implicated in the pathology of several diseases including atheroschlerosis, obesity, neutropathic pain and cancer. Understanding the signalling network involved in it’s regulation is important in determining its role in healthy ageing.

Previous work has established that the majority of ATX is secreted from the cell (>95%), following proteolytic processing, but work from our lab has shown that extracellular autotaxin exists in at least two forms a soluble form and a vesicular form – isolatable by high speed centrifugation.

Recently, we have, in collaboration with Rob Insall’s group (Beatson Institute, Glasgow) found that melanomas can self generate a gradient of LPA which thereby promotes chemotaxis and thus metastasise. 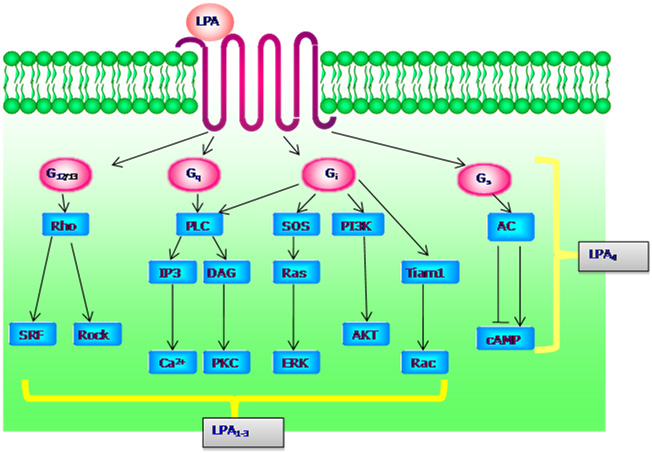