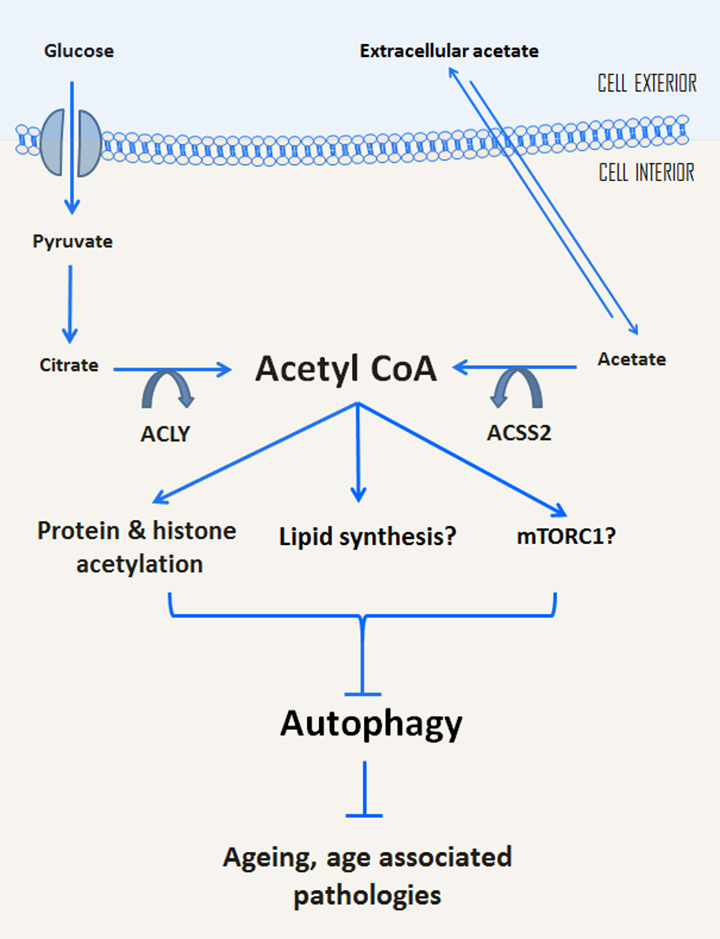 Acetyl CoA is a precursor for the synthesis of fatty acids, and has recently been identified as a master regulator of autophagy and lifespan.

​When cells are exposed to unfavourable growth conditions that mimic caloric restriction in the whole animal, the cellular levels of acetyl CoA decrease and autophagy activity increases, resulting in increased lifespan in model organisms such as yeast, nematodes and fruit flies.

We are studying the mechanisms that determine how the levels of acetyl CoA are regulated in both human cells and in nematodes, and are seeking to understand how changes in acetyl CoA levels impact the lipidome during ageing and in response to changes in the environment and diet.