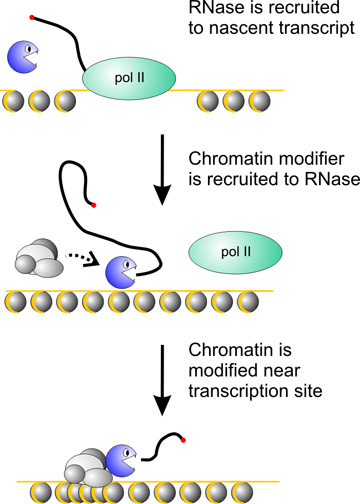 We are currently studying the non-coding RNA landscape of meiotic cells, and the changes in recombination pattern that occur when non-coding RNA processing is disrupted.

​The figure shows the proposed mechanism for recruitment of chromatin modifiers through degradation of unstable non-coding RNA. The co-transcriptional degradation system would ensure that proteins are recruited precisely to sites of action.