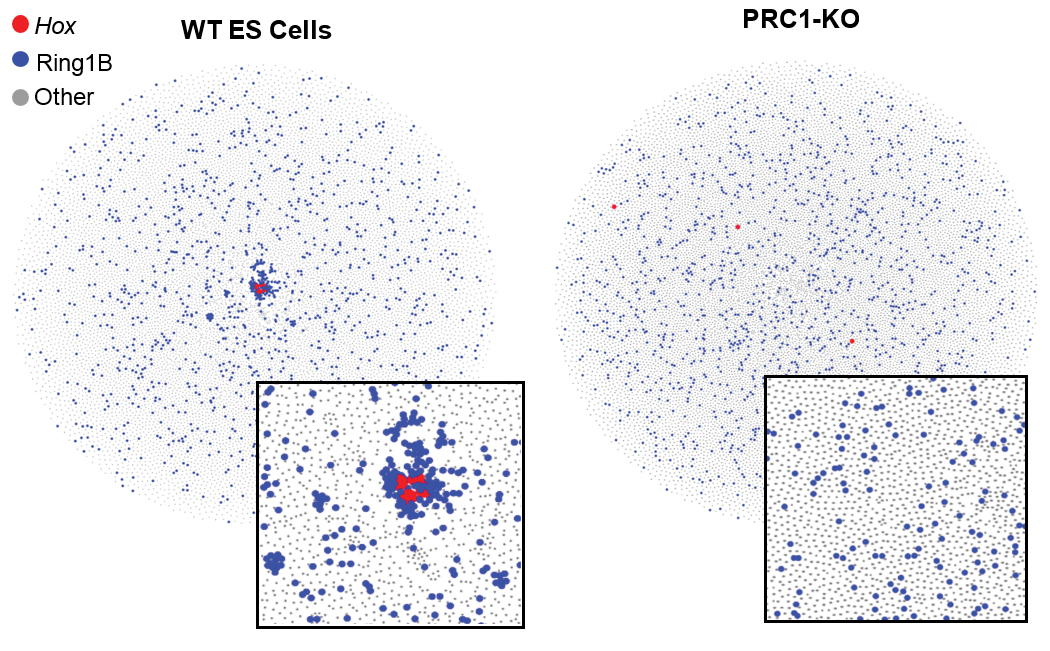 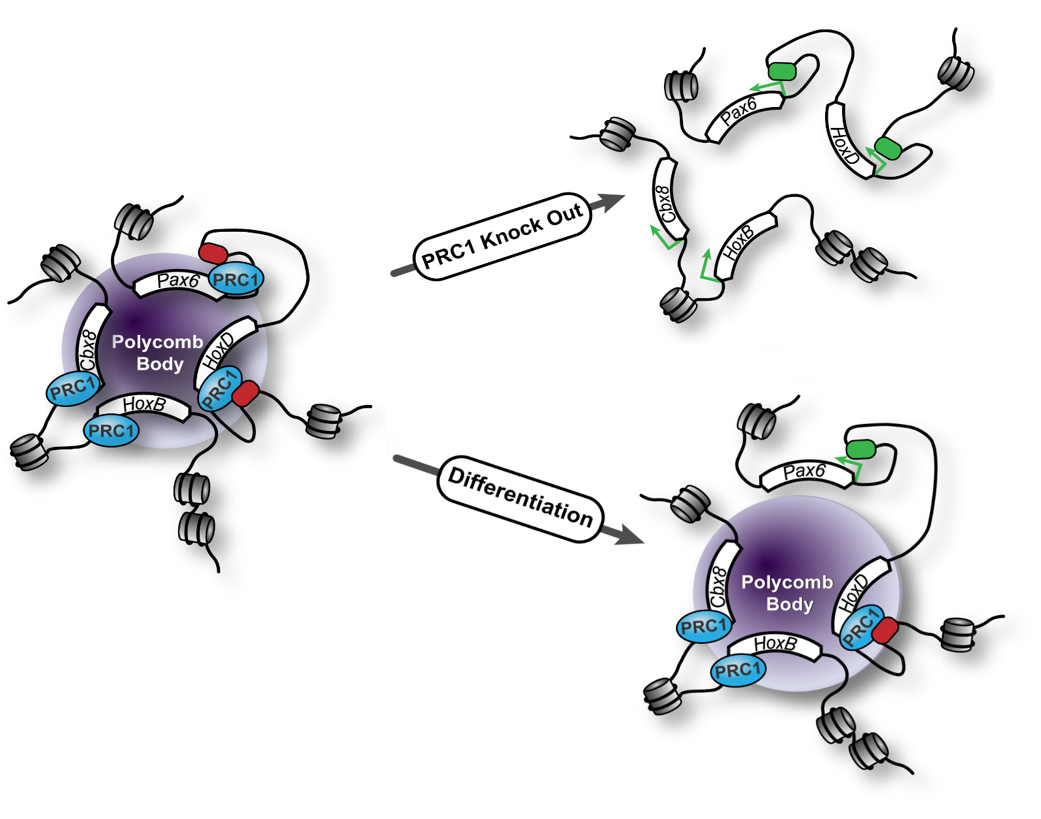 Figure 3: (Click to enlarge) Proposed model for regulation of the Hox network during differentiation
The majority of these Hox spatial network members make contacts with ‘poised’ enhancers which harbour both H3K27me3 and H3K4me1. Induced PRC1 knockout leads to complete disruption of the promoter-promoter contacts comprising the Hox spatial network (Figure 3).

In contrast, promoter-poised enhancer contacts are maintained and this is accompanied by widespread acquisition of active chromatin signatures at these enhancers, as well as pronounced transcriptional up-regulation of genes in the network.

Our results show that PRC1 physically constrains promoters and regulatory elements of key transcription factor genes in a silenced but poised spatial network. We propose that selective release of genes from the Hox network drives lineage specification during early development (Figure 4).

Check out our paper in Nature Genetics.

Our lab is now focused on understanding how the different mechanisms contribute to Polycomb mediated gene regulation, how Polycomb spatial networks are regulated in vivo and how these mechanisms regulate stem cell self-renewal and differentiation.