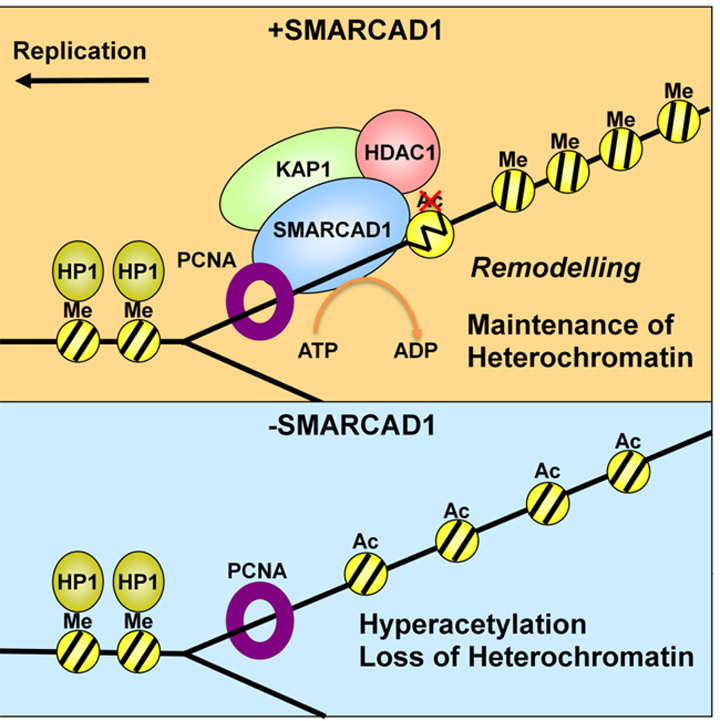 These assemblies are fully disrupted during and reassembled after replication. How such chromatin organizations are propagated during cell division is largely an enigma.

However, the faithful re-establishment of such chromatin domains is critical for viability. For example, loss of pericentromeric heterochromatin leads to defects in chromosome segregation and genomic instability. The machinery that is involved in chromatin replication is poorly characterized, most what is known centers on histone chaperones.