PI3Ks in infection and immunity

The adaptive immune system evolved to provide protection against pathogens. After infection, specialised cells called macrophages and dendritic cells (DCs) engulf the pathogen and present peptide fragments (antigens) in complex with major histocompatibility (MHC) molecules on the cell surface to alert the immune system to the presence of an invader. Because the macrophages and DCs cells “eat” the pathogen and present antigens on their surface, they are variably referred to as phagocytes (phago=eat) or antigen presenting cells (APCs).

Upon recognition of a foreign peptide, CD4 T cells start to proliferate and also differentiate along different helper T cell lineages, exemplified, but not limited to, Th1, Th2 and Th17 cells. These in turn help select for B cells that produce high affinity antibodies against the pathogen in question and also influence the type of antibody (also known as Immunoglobulin, or Ig) secreted by the B cells (the main types being IgM, IgG, IgA and IgE).

Regulatory T cells (Treg) keep the immune response in check and prevent hyper activation of the immune cells. CD8+ T cells respond to activation by antigen by differentiating into cytotoxic lymphocytes (CTL). CTL use various mechanisms to kill infected target cells (which express antigens encoded by the pathogen in context of MHC-I molecule on their surface). Our laboratory has contributed to our understanding of how PI3Ks contribute to the development, activation and differentiation of CD4+ Th cells, Treg, CD8+ T cells and B cells.

Sometimes T cells mistakenly recognise components of the different cells and organs in the body as infectious agents, leading to autoimmune diseases like rheumatoid arthritis, multiple sclerosis, juvenile diabetes, systemic lupus erythematosus and other illnesses. Much scientific research effort is therefore directed towards the goal of developing drugs that can suppress the immune system under circumstances where it is too active or where it turns against self rather than infectious agents.

Cells of the immune system can also accumulate mutations which lead them to proliferate and survive abnormally, leading to leukaemia and lymphoma. Some diseases of the immune system are more prevalent in older people, who are also less well protected against pathogens and who respond less well to vaccines. There are now several clinical trials in progress to test whether small molecule inhibitors against PI3Ks, and p110δ in particular, can be used to treat patients with leukaemia, autoimmune or inflammatory diseases.

Further reading:
A more detailed summary of what is known about PI3K in Immunity and Infection is available here:
Okkenhaug K. (2013)
Signaling by the phosphoinositide 3-kinase family in immune cells.
Annu Rev Immunol. Mar 21;31:675-704.
Open access. 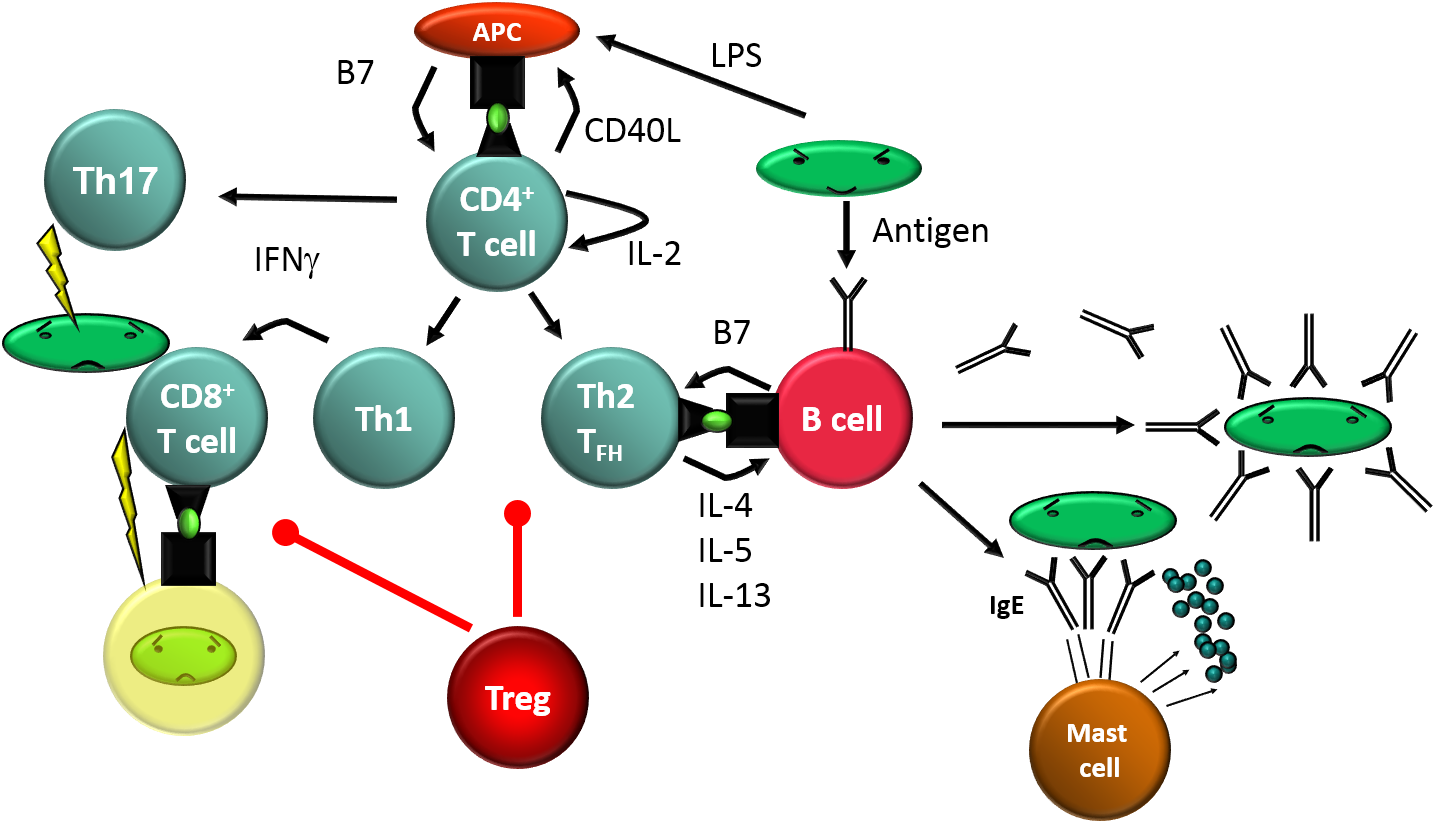